Sifting through the boxes. Traces of the Japanese-American experience during the Second World War and shortly after. 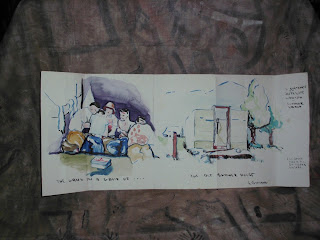 Sorting through my warehouse some interesting things turn up. One file folder contained four pages of pencil sketches, two watercolors and a sepia-tone photo of the artist who did the drawings. The artist's name is Seb Yoshizawa.  Yoshizawa was very likely one of the interned Japanese-Americans. This is supported by a receipt from the City of Oakland, Police Department for some bows and arrows dated Feb. 17, 1942. He appears to have volunteered to serve in the US armed forces. One of the drawings includes an address at Camp Atterbury dated June 4, 1945. At that time Camp Atterbury was a prisoner of war camp housing German and Italian prisoners-of-war.

The image above includes two images from Yoshizawa's time in Antelope Valley in Northern Arizona near the Utah border. There were a couple of Isolation Centers not that far away and the nearest Concentration Camp was Topaz in central Utah. Antelope Valley is on Navajo land. I'm not sure whether Yoshizawa was on vacation or had been removed there for some reason. 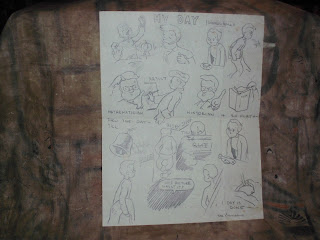 A cartoony survey of the artist's day. 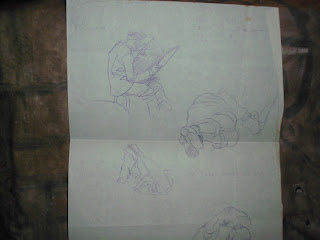 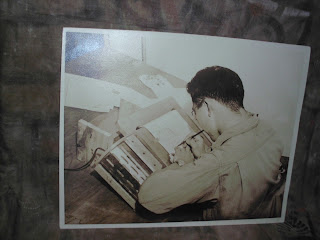 The artist at work on some sort of copying device (I think). 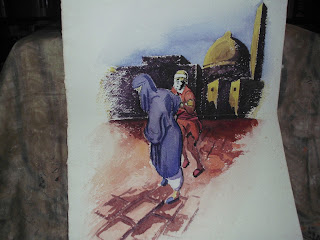 I don't know what the artist had in mind with this, but it is dated and signed by the artist on the rear. 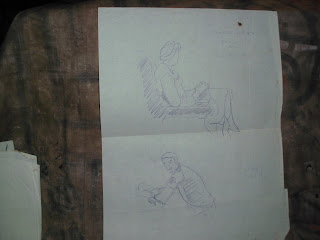 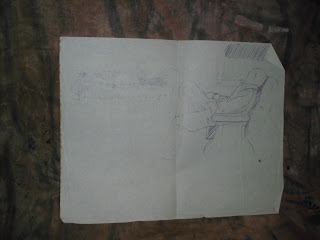 Two drawings from a train ride the artist took to Washington, D.C.

The file also includes some papers related to Miss Sachi Yoshizawa's efforts to get a job as a social worker in Saint Paul, Minnesota in 1946. I couldn't find any traces of this family online though the information may be buried deep. A little lost chapter in American history. A little light and a little mystery.
Posted by Henry Hollander, Bookseller at 11:08 AM