As a supplement to our previous post presenting book on Jewish community histories from Arcadia Publishing we add these additional histories that record the history of important or little known Jewish towns or cemeteries or record the history of a location with an important Jewish community but are not focused specifically on the Jewish history. The original post now much expanded can be found here.

We offer a 20% discount off of the retail prices listed below and reasonable shipping costs. These items may or may not be listed on our website on any given day. If you are interested in ordering please either call 415-831-3228 or email boychik@hollanderbooks.com.

Allbray, Nedda C. Flatbush - The Heart of Brooklyn. Charleston, SC, Arcadia Publishing, 2004. Royal octavo, glossy paper covers, 160 pp., b/w photos throughout. The cultural and ethnic flavors of Flatbush, Brooklyn have changed over these many years, from seventeenth-century Dutch to eastern European and Jewish, and the present Caribbean influence. Over time, small, rich farms run by Patrician families gave way to the dignified garden homes of Victorian Flatbush when the economy could no longer support farming. Through annexation by Brooklyn, development of the railroad and trolleys (which inspired the name of baseball's famed Trolley Dodgers), and the drain of suburban flight, Flatbush residents actively sought to keep their town a place to call home. $24.95

Arntzenius, Linda G. Institute for Advanced Study. Charleston, SC, Arcadia Publishing, 2011. ISBN: 978-0-7385-7409-7. Royal octavo, glossy paper covers, 128 pp., b/w photos throughout, select bibliography. Softbound. Very Good. A creation of a department store owner L. Bamberger and a great medical reformer Abraham Flexner (also of the Rockefeller Foundation) and letterly Albert Einstein, the Institue for Advanced Study in the great Ivory Tower of pure academic research. It was a great home for many of the Jewish scholars rescued from Nazi Germany and Europe.
Founded in 1930, the Institute for Advanced Study was conceived of high ideals for the future of America and its system of higher education, and was made possible by sibling philanthropists Louis Bamberger and Caroline Bamberger Fuld. Guided by education expert Abraham Flexner, the Bambergers created an independent institution devoted to the pursuit of knowledge. The Institute for Advanced Study opened its arms to scholars "without regard to race, creed, or sex." It provided a haven for Jewish intellectuals fleeing Nazi Germany, including Albert Einstein, who remained on the permanent faculty until his death in 1955, and became the intellectual home of such luminaries as J. Robert Oppenheimer, John von Neumann, Kurt Gödel, Marston Morse, Oswald Veblen, Hermann Weyl, Homer A. Thompson, Erwin Panofsky, George F. Kennan, Clifford Geertz, and Freeman Dyson. (69355)      $21.99 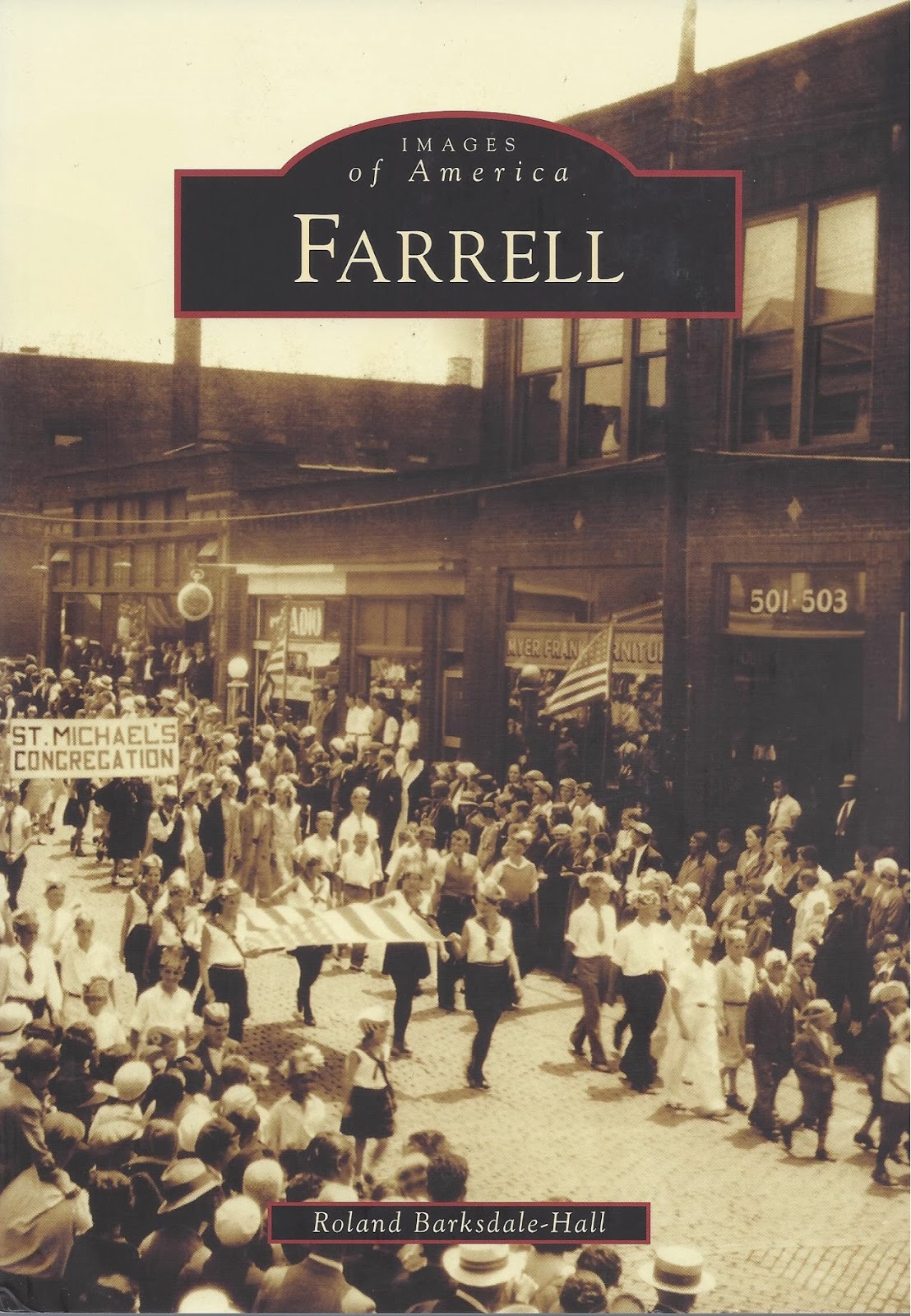 Through historic images, The New York City Triangle Factory Fire honors the victims' sacrifice and serves as a reminder of the ongoing struggle for the dignity of all working people.  (69368)      $21.99

Brewer, Becky French and McDaniel, Douglas Stuart  Park City. Park City was incorporated in 1907 as a Tennessee municipality. From its inception in the 1890s, Park City became a melting pot of Greek, Swiss, Jewish, African American, German, Italian, and Scotch-Irish entrepreneurs of the late 19th and early 20th centuries. Today Park City has both $21.99

Day, Jacque E. and Santoro, Jamie Wirsbinski. West Ridge. Charleston, SC, Arcadia Publishing, 2003. ISBN: 978-0-7385-6150-9. Royal octavo, glossy paper covers, 128 pp., b/w photos. Softbound. Very Good. Also known as West Rogers Park or North Town this integrated neighborhood of Chicago includes a large Jewish segment. Drawn by inexpensive land 10 miles north of the burgeoning city of Chicago, European immigrants settled here in the 1830s along the high grounds west of a glacial ridge known today as Ridge Boulevard. Dubbed “Cabbage Heads” by their Rogers Park neighbors, the citizens of West Ridge boldly incorporated as a village in 1890, remaining independent until its 1893 annexation to Chicago. Over time, West Ridge blossomed from sparsely populated farmland into a dynamic neighborhood with Devon Avenue at its core. Now home to one of the Midwest’s largest Jewish communities, a hub of Indian, Pakistani, and Bangladeshi culture, and a haven for newcomers from Russia, Afghanistan, and Iraq, West Ridge remains a port of entry for immigrants and a place where cultures coalesce. In West Ridge, one can play bridge or cricket, worship at mass or the mosque, eat kosher or curry—all within a few city blocks. (69370)      $19.99

Gierach, Ryan. West Hollywood. Charleston, SC, Arcadia Publishing, 2008. ISBN: 978-0-7385-28. Royal octavo, glossy paper covers, 128 pp., b/w photos, index. Softbound. Very Good. A very Jewish neighborhood.West Hollywood, which began as Sherman, a rail yard town, played an integral role in creating the "Hollywood" film industry while it grew up alongside the fashionable Beverly Hills to house the service industries needed by these wealthy neighbors. During Prohibition, the still unincorporated area was the site of the entertainment industry's watering holes and gambling parlors, and nicknames such as the "Sinful Drag," "The Adult Playground," and "Hollywood's Soul" were bestowed upon West Hollywood's world-famous Sunset Strip, where today's visitors can still dance in the footsteps of legends like Charlie Chaplin, Mary Pickford, and Douglas Fairbanks Sr. As time marched on, the predominantly renter, Jewish, gay, and senior citizen residents of the progressive-minded area determined to step out of the shadows of nearby communities and create a city of their own, an effort that caused some controversy but resulted in the incorporation of West Hollywood in 1984. Since incorporation West Hollywood has been a beacon of hope, drawing refugees from Russia and around the world to its tolerant streets. (69369)      $21.99 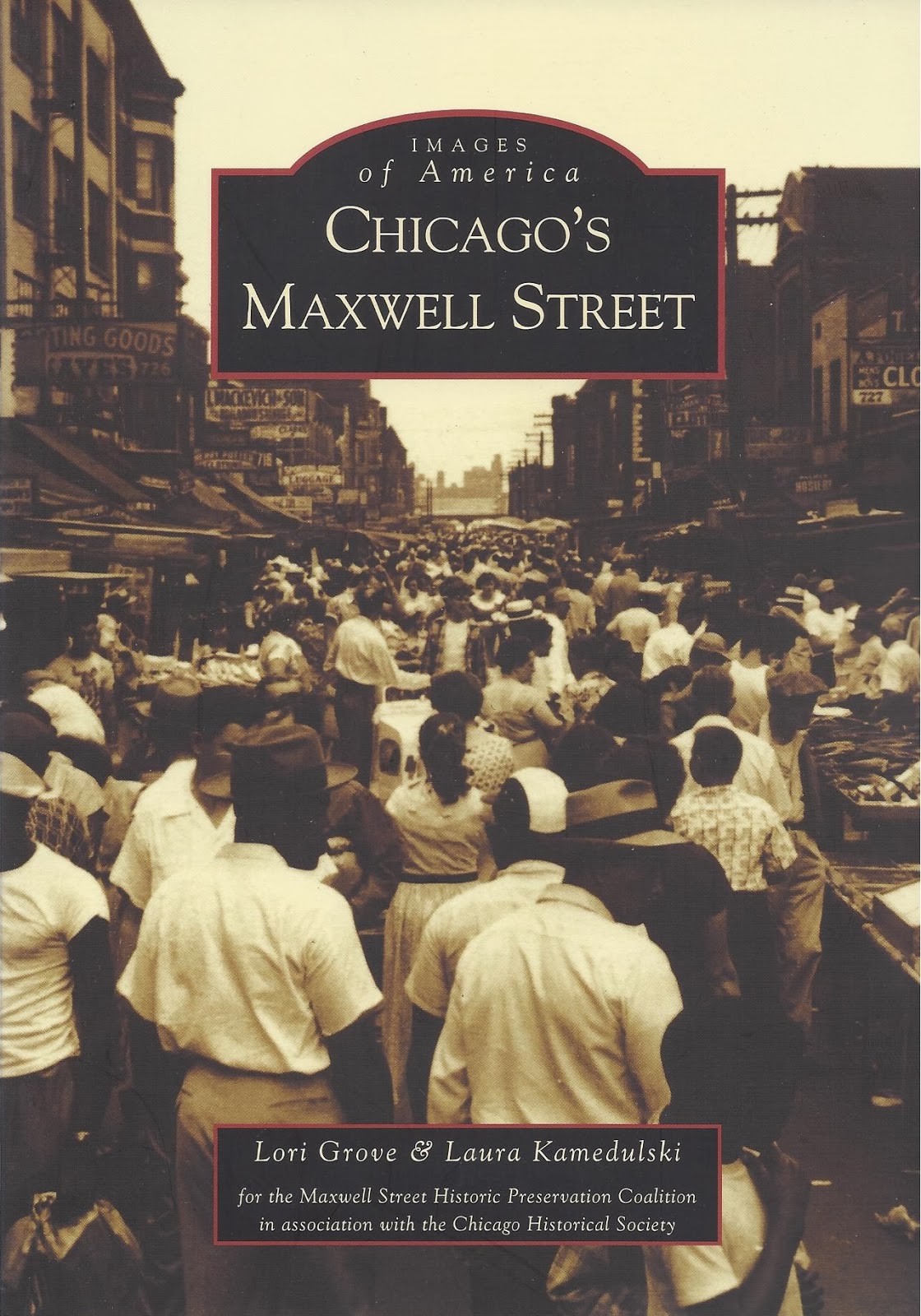 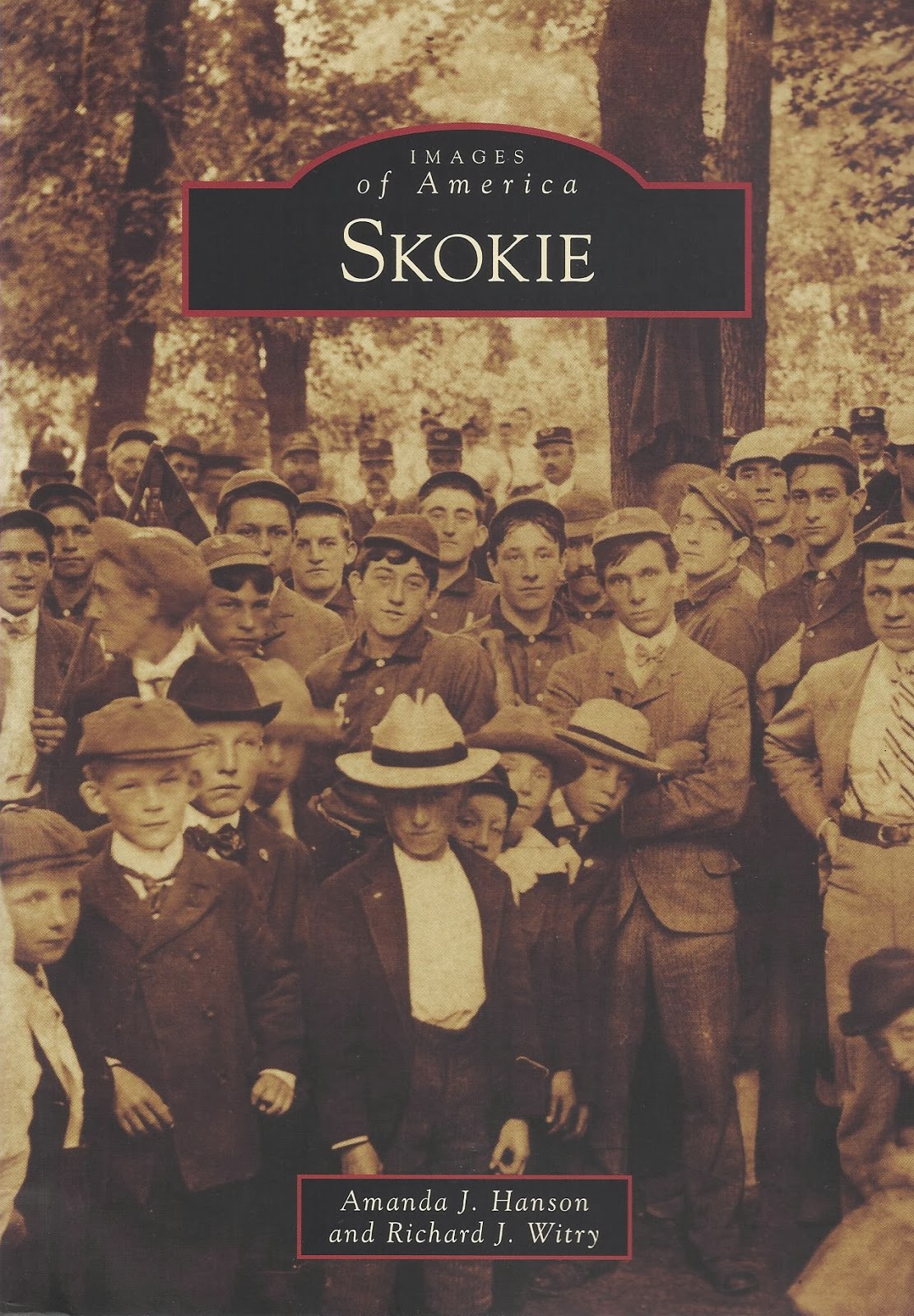 Hanson, Amanda J. and Witry, Richard J. Skokie. Charleston, SC, Arcadia Publishing, 2010. First Edition. ISBN: 978-0-7385-8443-0. Royal octavo, glossy paper covers, 128 pp., b/w photos throughout, bibliography. Softbound. Very Good. Skokie is a very Jewish suburb of Chicago. Settled in the late 1840s and incorporated as Niles Centre in 1888, Skokie was founded by immigrants from Germany and Luxembourg who created a small-town rural community filled with farms and greenhouses. A short-lived real estate boom in the 1920s gave Skokie its current boundaries, streets, and sewer systems. Due to the Great Depression, however, these paved roadways remained vacant until after World War II. Aided by the construction of the Edens Expressway, Skokie experienced tremendous growth and became a bustling suburban community. Many of the families that settled in Skokie during this time were Jewish. In the last quarter century, other families moved to the suburb, many with Indo-Asian origins, leading to the ethnically diverse community that Skokie has become today. Skokie has a number of kosher restaurants and many synagogues today. It had a very high number of Holocaust survivors. When a group of neo-Nazis took out a permit to march there in the 1970s Skokie gained a reputation that sadly was unreflective of the true nature of the community. (54565)      $21.99

Hari, Gail M.  Randolph. Randolph has had a diverse array of residents, including the Minsi Native Americans, European settlers, and Jewish immigrants from Russia and Poland. The land proved fertile for agriculture, and the beautiful woodlands and mountains made Randolph a vacation destination during the first half of the 20th century. Industrialization began by utilizing the township’s natural resources, with brooks and rivers used for mills, bloomeries that utilized the township’s supply of rich iron ore, and distilleries that produced cider and spirits. $21.99

Krasner, Barbara. Kearny's Immigrant Heritage. Kearny has been and continues to be an icon of multiculturalism. Kearny's Immigrant Heritage traces the waves of immigrants who began to populate the town in 1875, when Clark Thread (now Coats & Clark) of Paisley, Scotland, opened two mills here and encouraged workers to immigrate. Italians from Calabria and Naples and Jewish families from Eastern Europe operated the local shops that lined Kearny and Midland Avenues and Elm Street. New Jersey Jews want everything New Jersey. $19.99 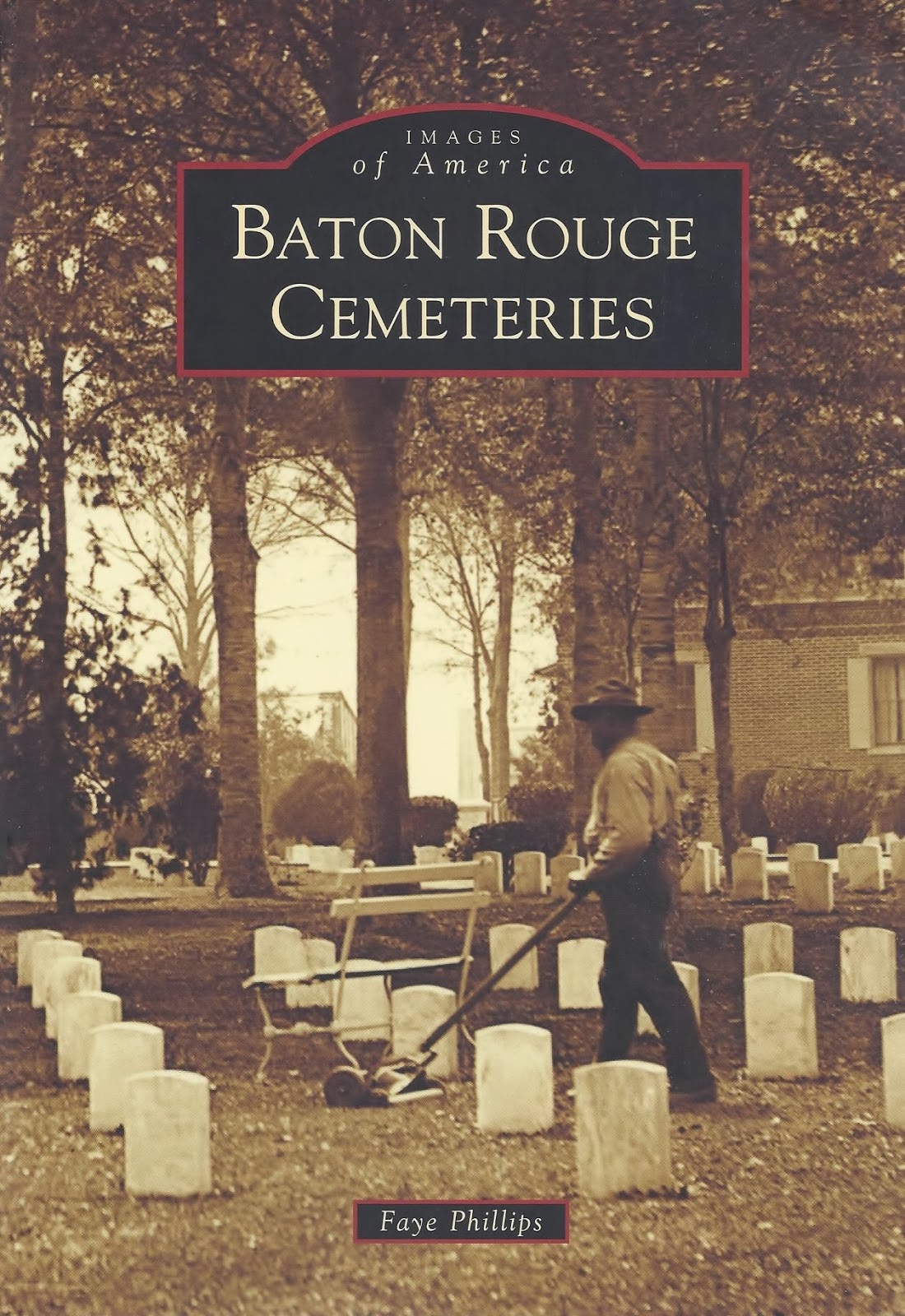 Renner, James. Washington Heights, Inwood, and Marble Hill: Images of America. Charleston, SC, Arcadia Publishing, 2007. ISBN: 978-0-7385-5478-5. Royal octavo, glossy paper covered boards, 128 pp., b/w photos throughout.These communities have always been a haven for immigrants who have come here to live and work since the pre-Columbian era. Native Americans came to trade goods, Jewish refugees came during the 1930s to flee the tyranny of the Nazis, and since the end of World War II there has been an influx of the Latino community.   (59800)      $21.99

Spence, Joan and Ghee, Joyce C. Poughkeepsie, 1898-1998: A Century of Change. Charleston, SC, Arcadia Publishing, 1999. Explores not only how South Road became the new main street but also the whole history of Poughkeepsie, from the end of the nineteenth century to the present. Moving through this time period were incoming waves of Irish, Jewish, Italian, Polish, Greek, and Mexican immigrants. $21.99 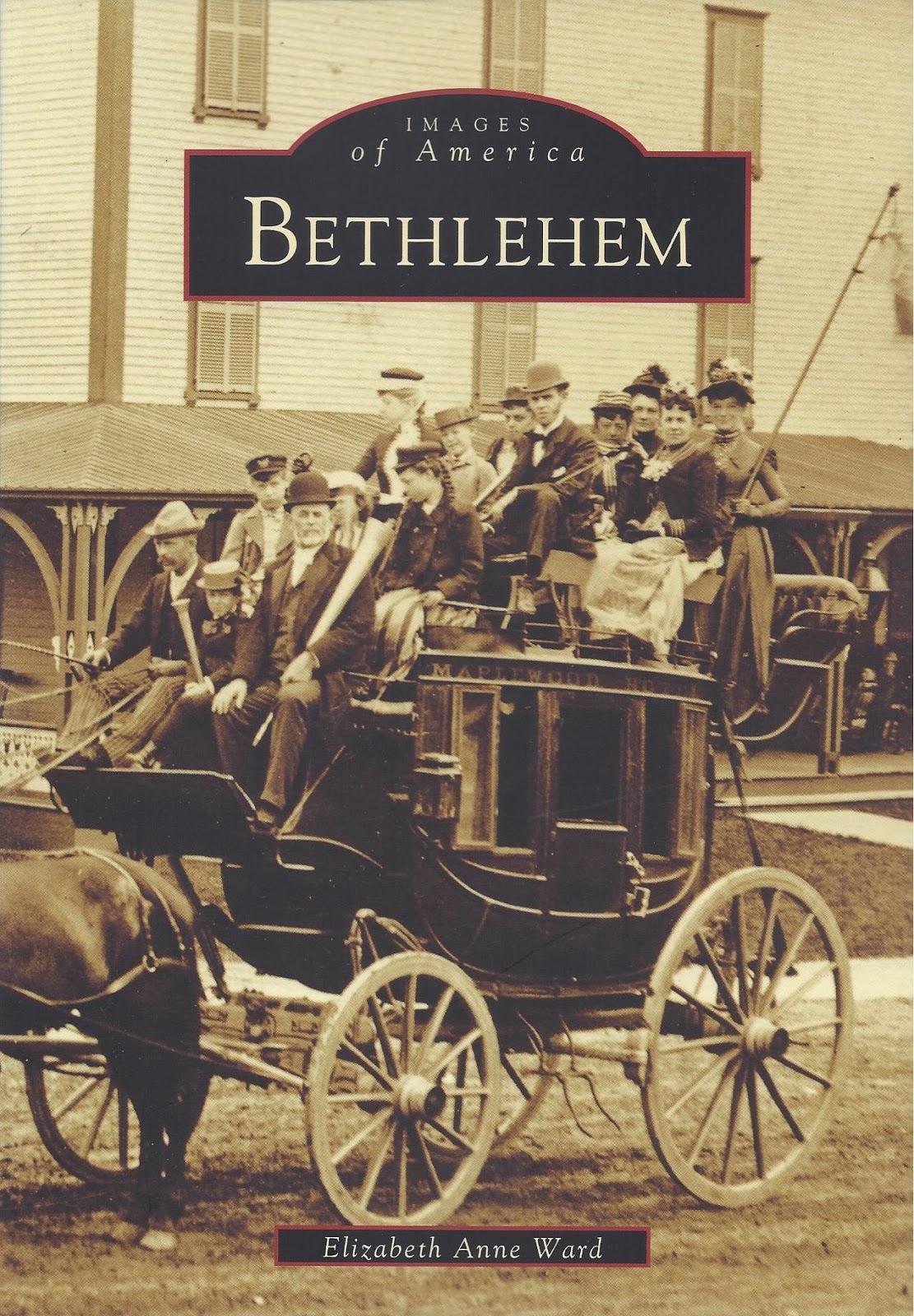 Williams, Paul K. Southwest Washington, D.C. Charleston, SC, Arcadia Publishing, 2005. In the 1920s and 1930s, an aging housing stock and an overcrowded city led to an increase of African Americans and Jewish immigrants who became self-sufficient within their own communities. However, political pressures and radical urban planning concepts in the 1950s led to the large-scale razing of most of SW, creating a new community with what was then innovative apartment and cooperative living constructed with such unusual building materials as aluminum. $21.99 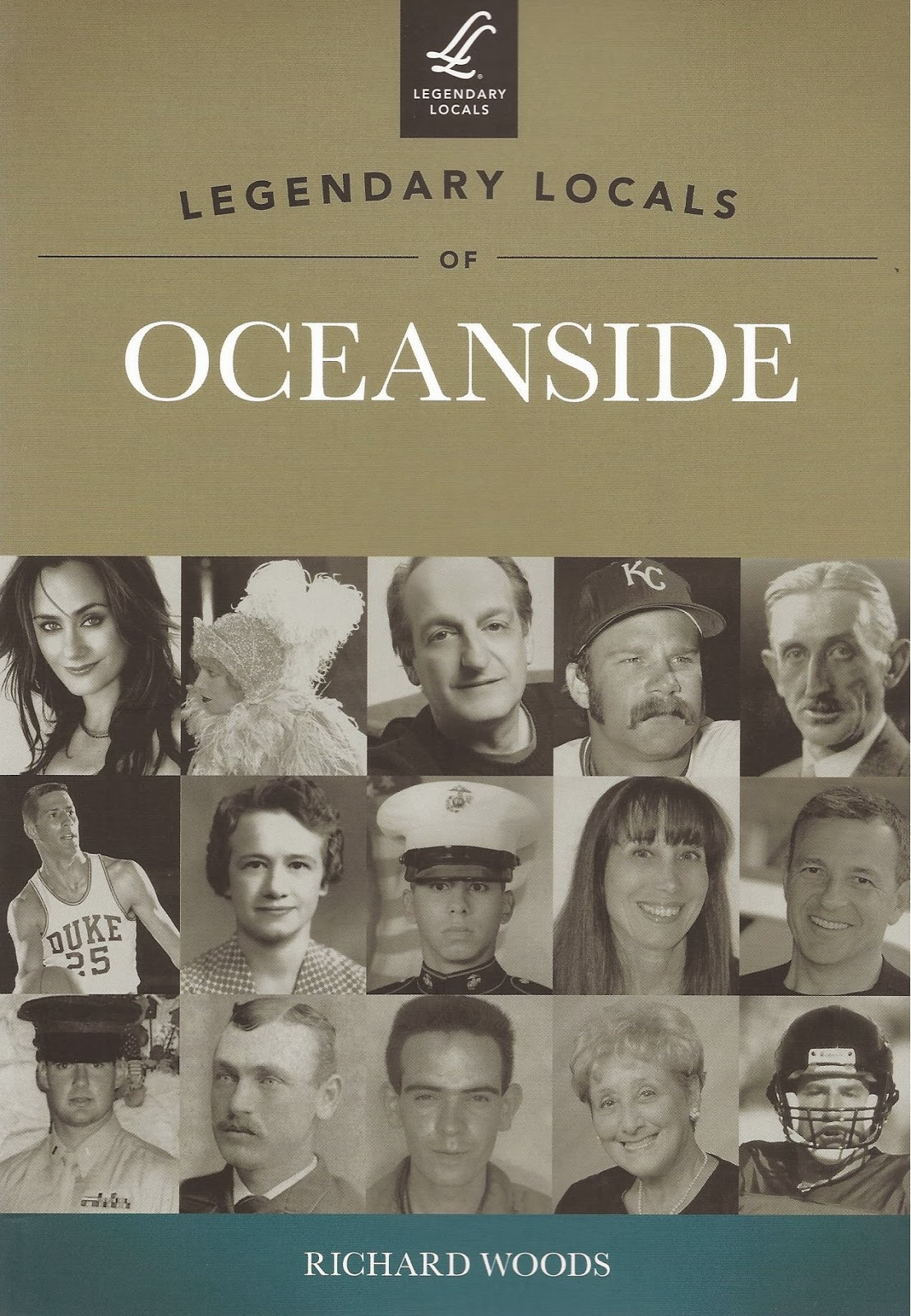