I have been fascinated with the ways that other national cultures approach the question of what makes for a good children's book. Linguistic differences can have a powerful differentiating force. Chinese children's books mix illustrations and age groups differently enough that they work poorly in the American context. Soviet children's books provided Soviet children with more poetry than American children would have been expected to see. Ethnographic subject matter was meant to unite the vastly diverse ethnicities of the Soviet empire. Children tend to pick up less on some of the bizarre aspects of Soviet culture. The books are a little odd to the American sense of children's books, but they are attractive and readable, mostly.

Below are a few books from the mid and late Soviet eras. The propagandistic hand here is relatively light. And for some reason there are a lot of Lapplanders. 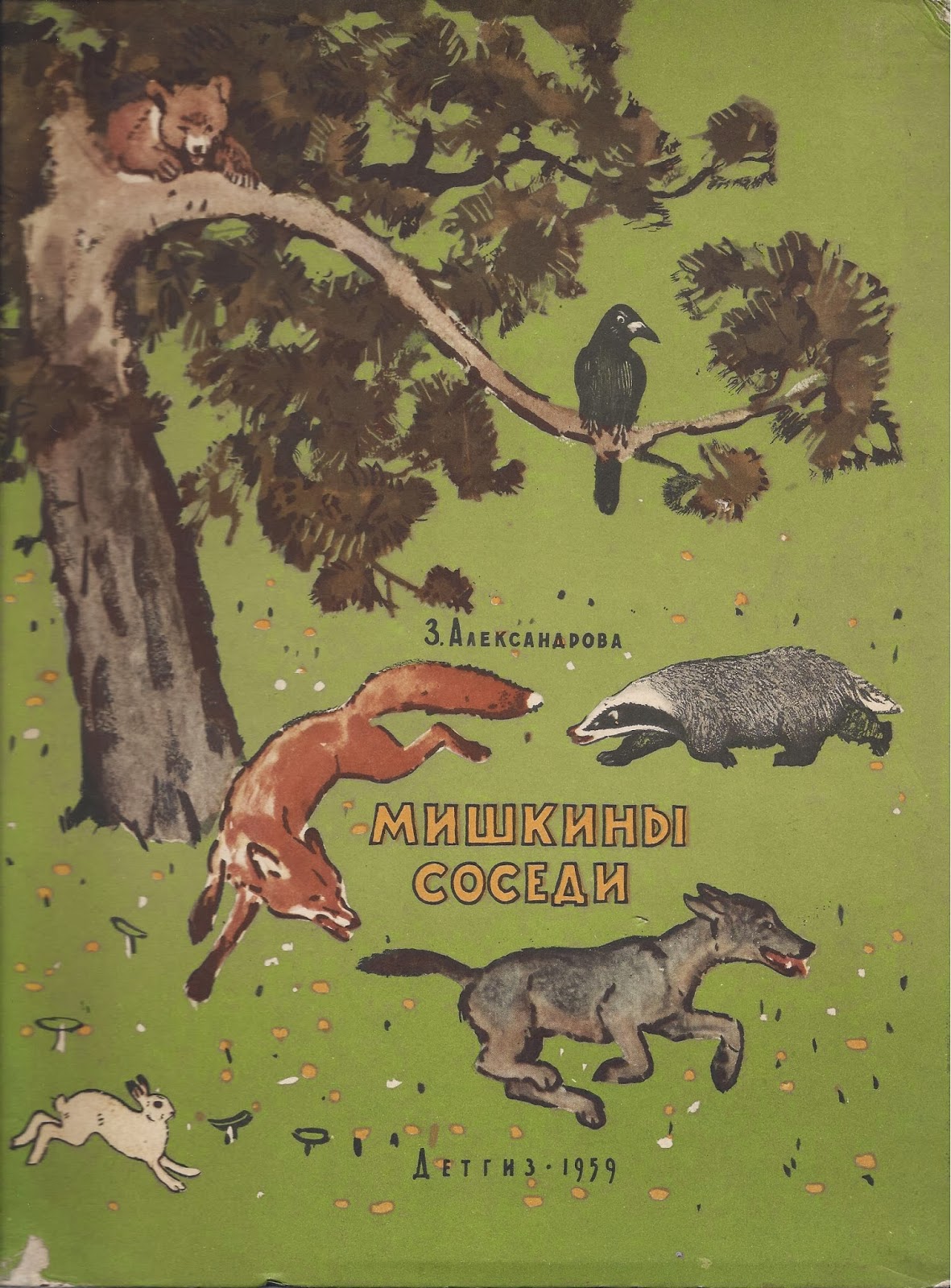 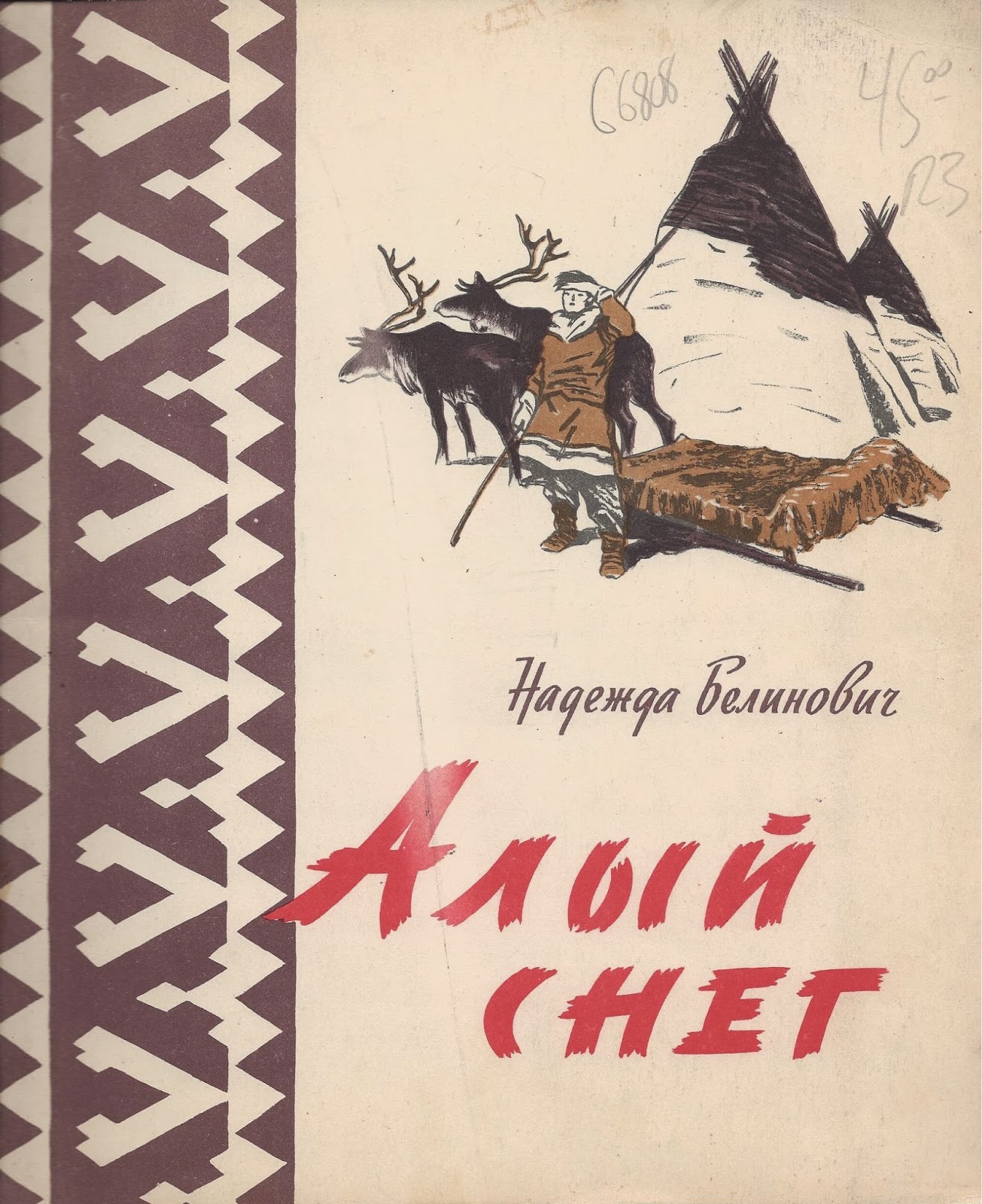 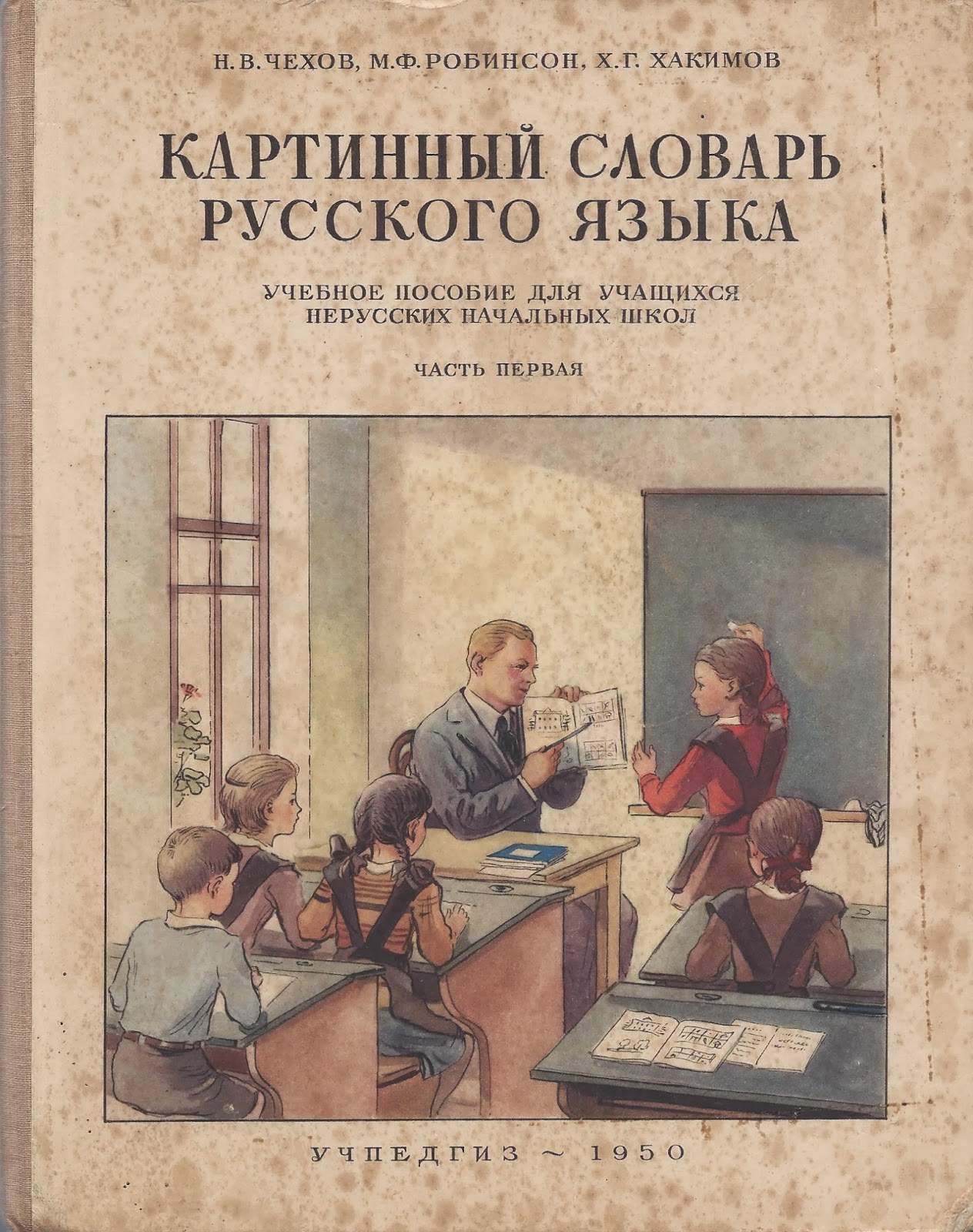 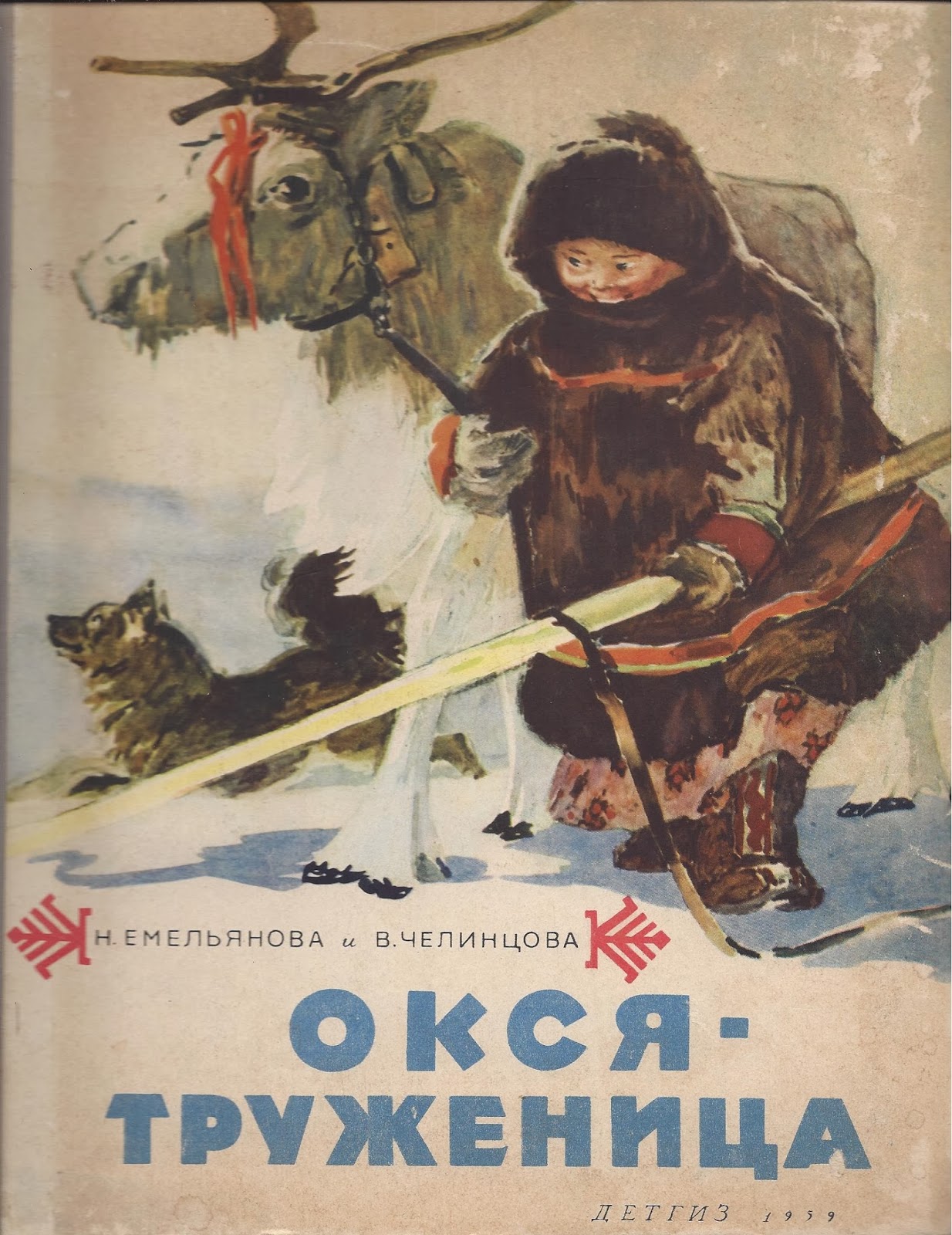 Emel'yanova, N and Chelintsova, V. Oksya-Truzhenitsa. Moscow, Detgiz, 1959. Quarto, gray cloth spine, illustrated paper covered boards, 48 pp., color illustrations throughout by Chelintsova. Hardbound. Very Good-. In Russian. Lappland life in the mid-twentieth century. Much of the old life remains but consumer goods and outsiders appear in these stories. A less folkloristic version of life than in the above Alyi sneg: nenetskie skazki.   (66811)      $40.00 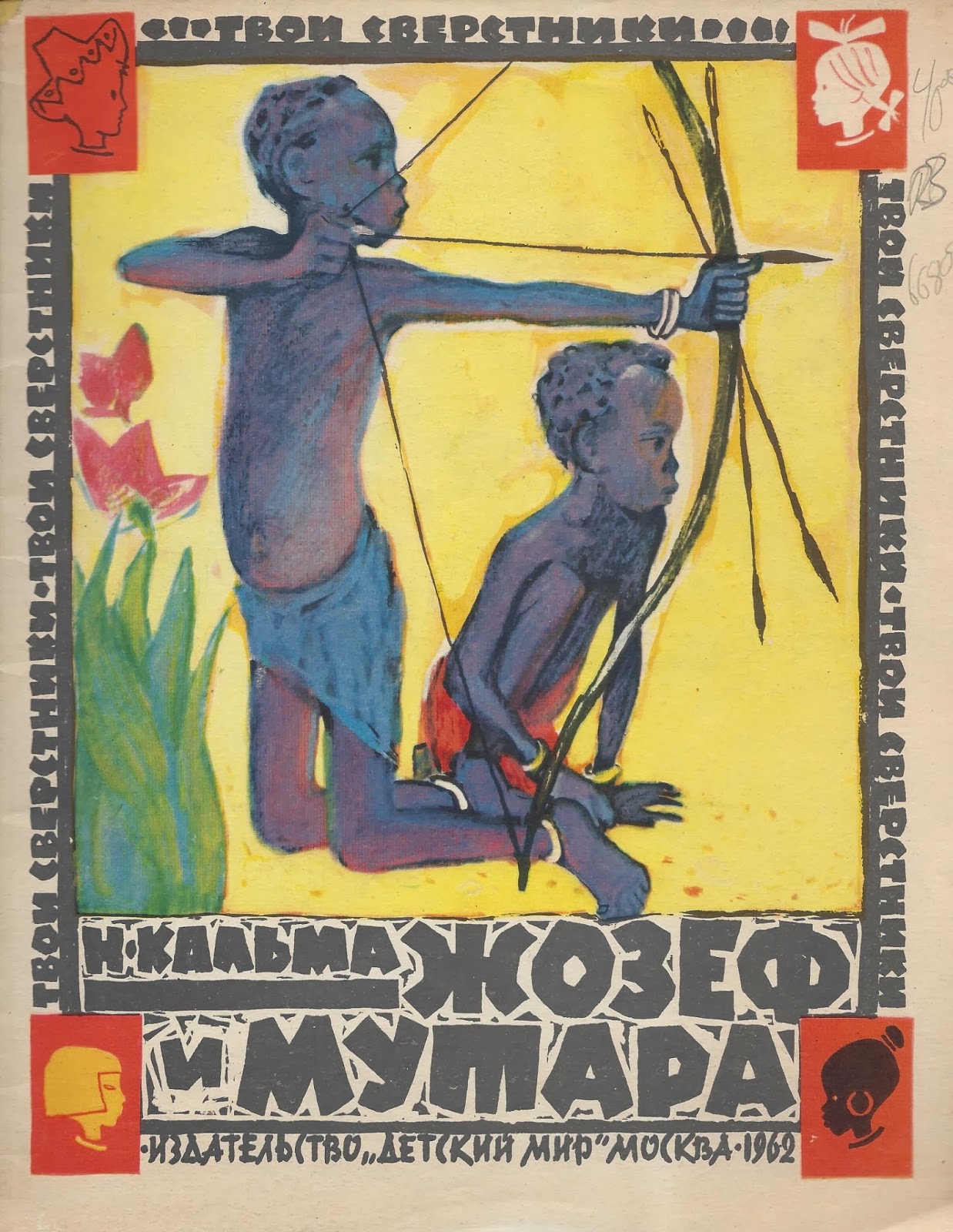 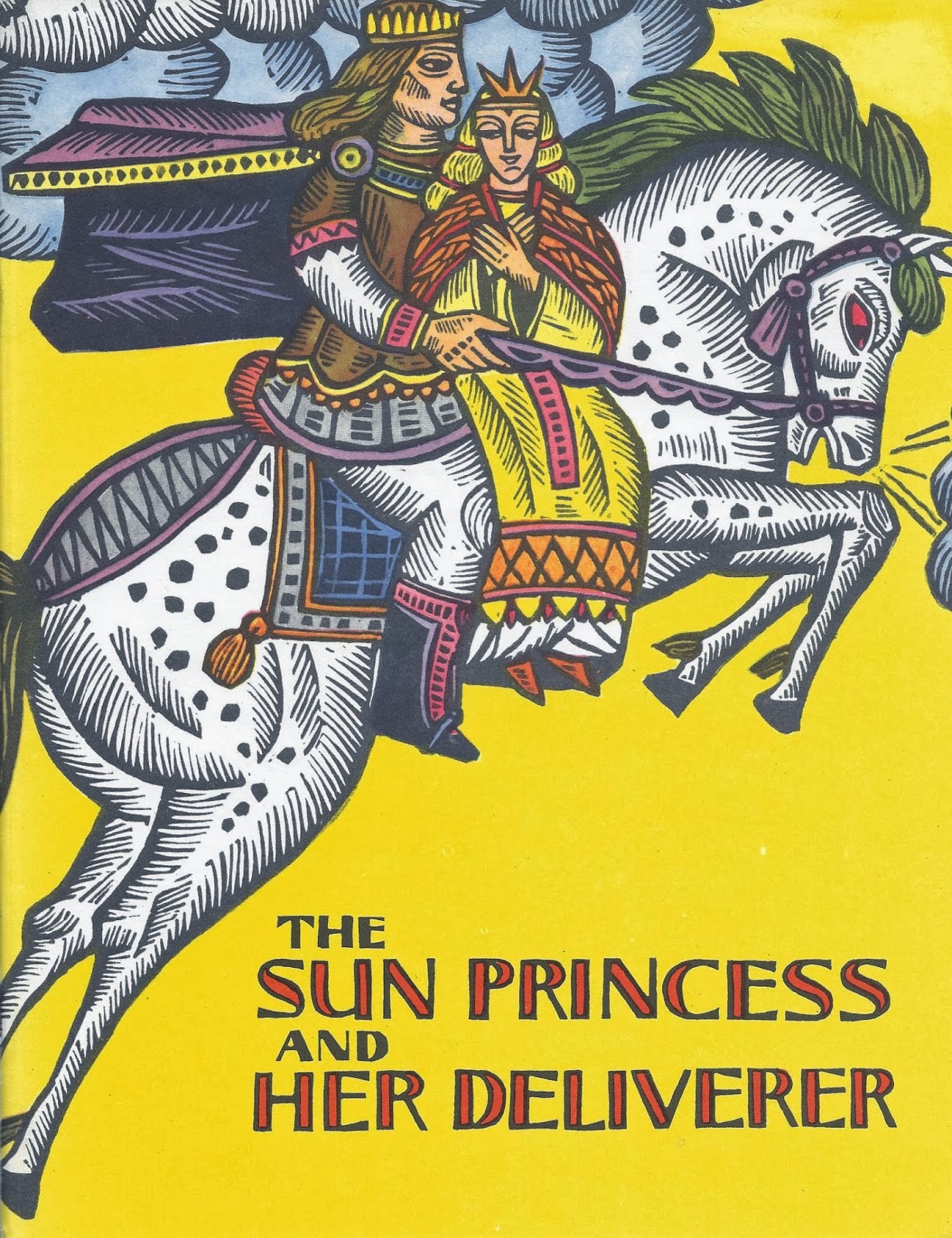 The Sun Princess and Her Deliverer: A Lithuanian Folk Tale. Moscow, Progress Publishers, 1980. Quarto, stapled paper covers, 36 pp., color illustrations by A. Makunaite. Softbound. Very Good. Translated into English by Irina Zheleznova. A royal romance frustrated by magic and a cruel giant and brought to fruition through magic and a loyal horse. Set in a romanticized medieval Russ. (66494)      $9.00 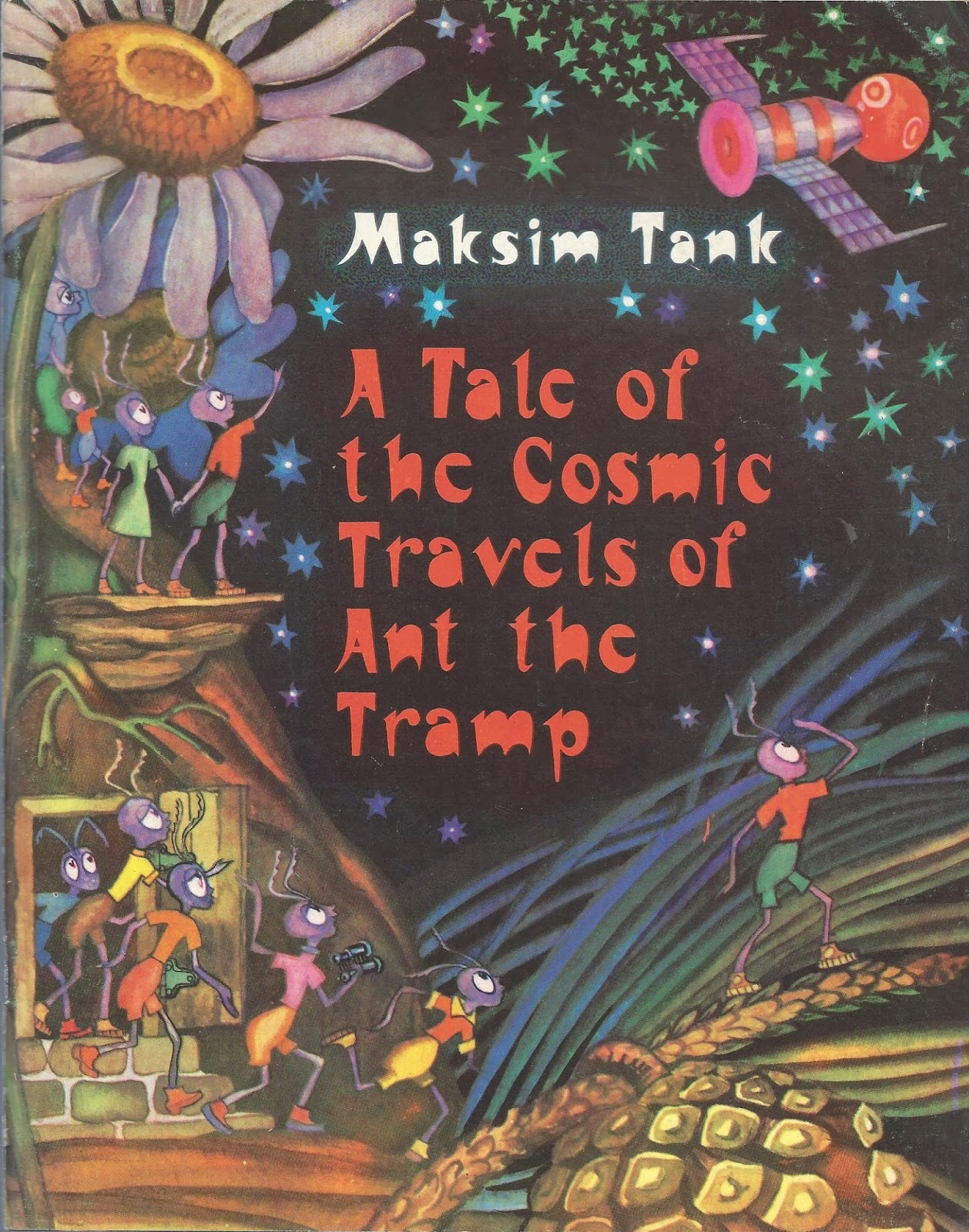 Tank, Maksim. A Tale of the Cosmic Travels of Ant the Tramp. Minsk, Yunatstva Publishers, 1982. Quarto, stapled paper covers, 24 pp., color illustrations by N. Gutiev. Softbound. Very Good. Translated from the Byelorussian by Walter May. An ant with wanderlust heads for the airport where the assembled masses prepare to depart to places like Ordzhonikidze, Siberia and Baikonur. Our hero catches the flight to Baikonur home of the Cosmodrome. From there he catches a ride into space with two Cosmonauts. All this with beautiful color illustrations and rhyming poetry. (66527)    $15.00 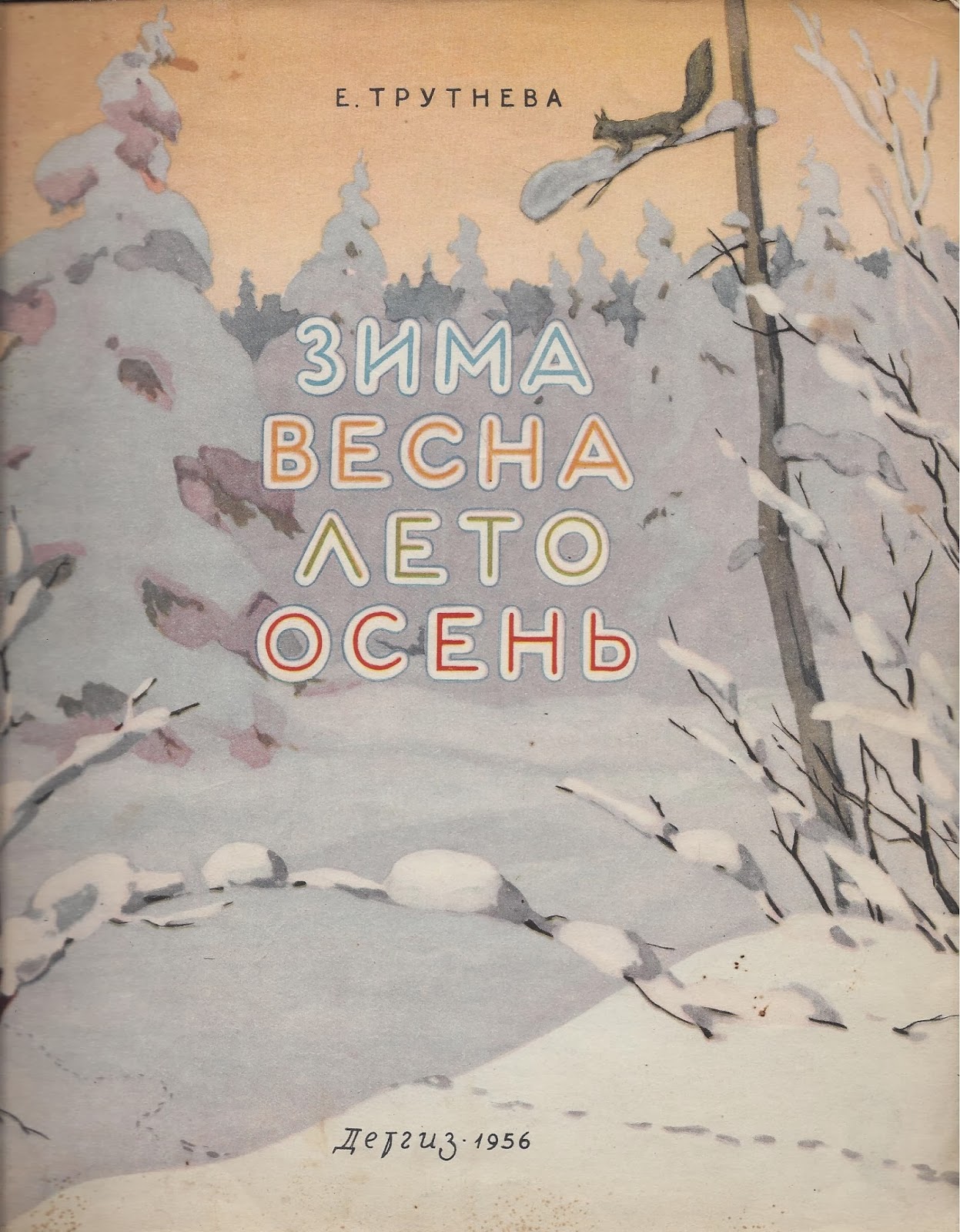 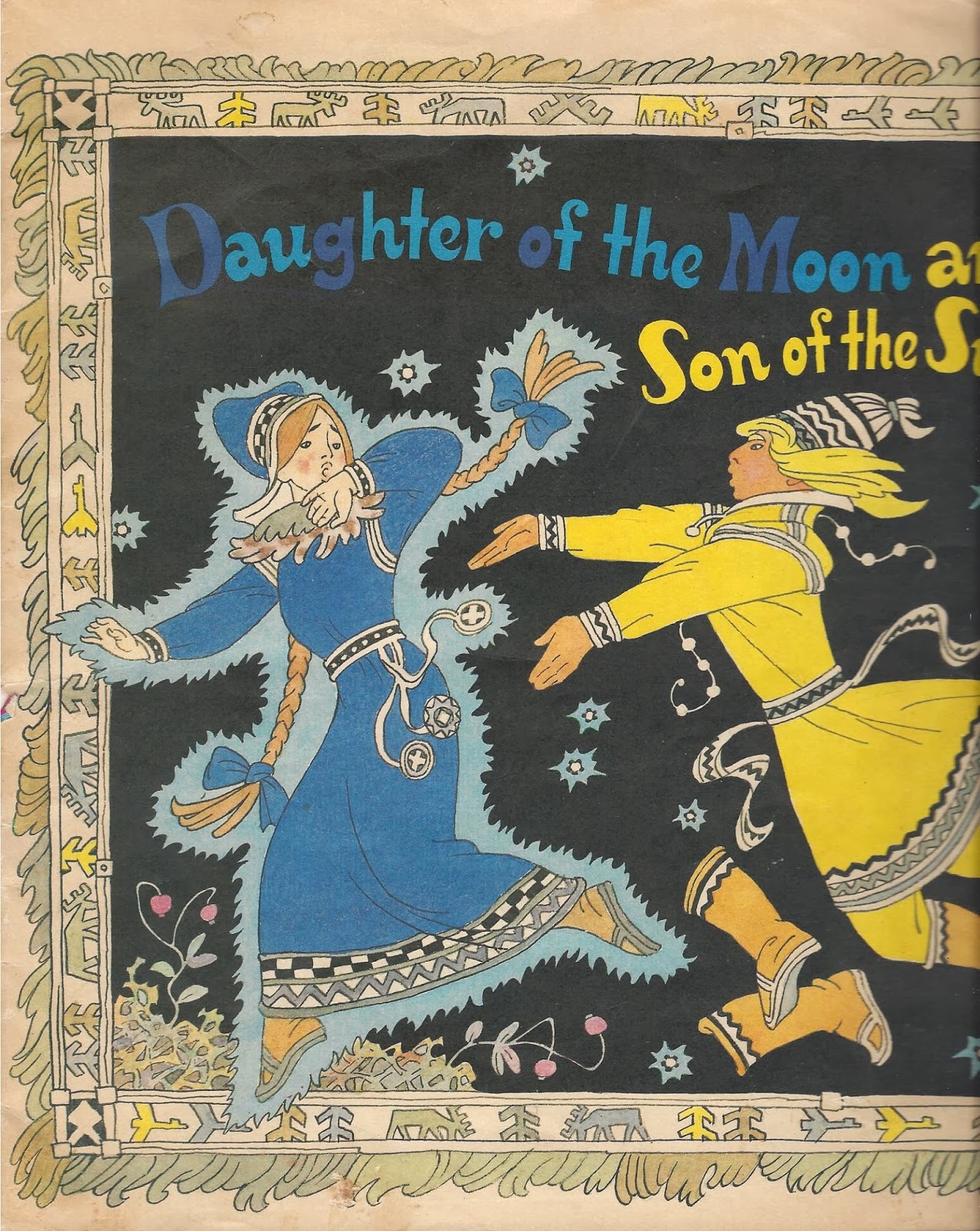 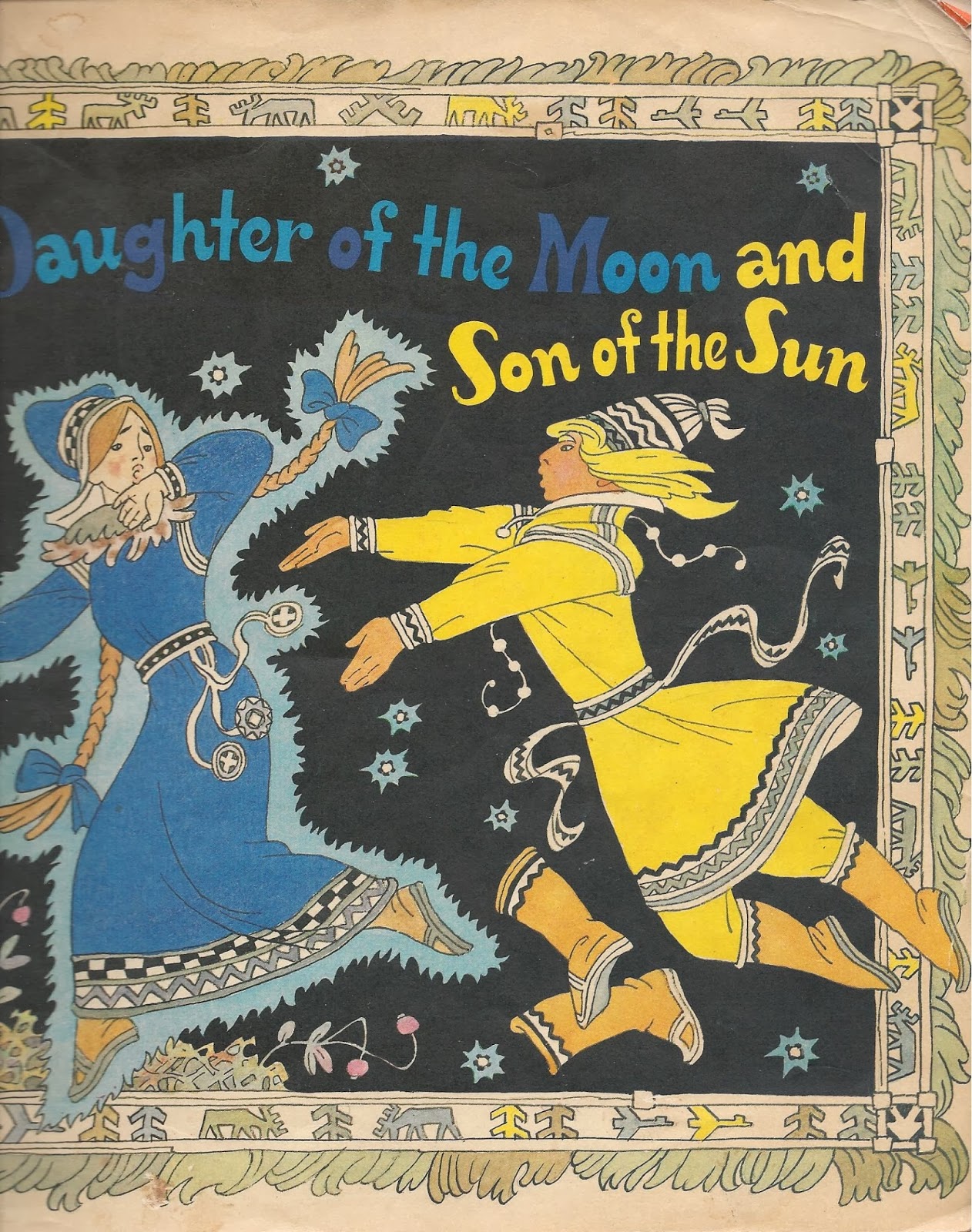 Yelagina, A., as told by. Daughter of the Moon and Son of the Sun: Lappish fairy-tales. Moscow, Malysh Publishers, 1979. Quarto, paper covers with mild wear at the edges, 24 pp., color illustrations throughout by E. Bulatov and O. Viasiliev. Softbound. Good. Translated into English by Eve Manning. My scanner bed is too narrow to capture the entire cover of this item thus the two overlapping images. The title story tells the story of the courtship and difficult relationship between the son of the sun and the daughter of the moon. Also includes the additional stories Tala the Bear and the Great Wizard and The Chaklya.  (71475)    $30.00