In my previous post of translations into Modern Hebrew I mentioned that translation is a way that a language can stretch out culturally and linguistically. That process is not a new thing. Below are a few items that were produced in the nineteenth century. The first was an academic effort and the second seems have been done for pleasure. Both are available at the hollanderbooks.com website subject to prior sale. 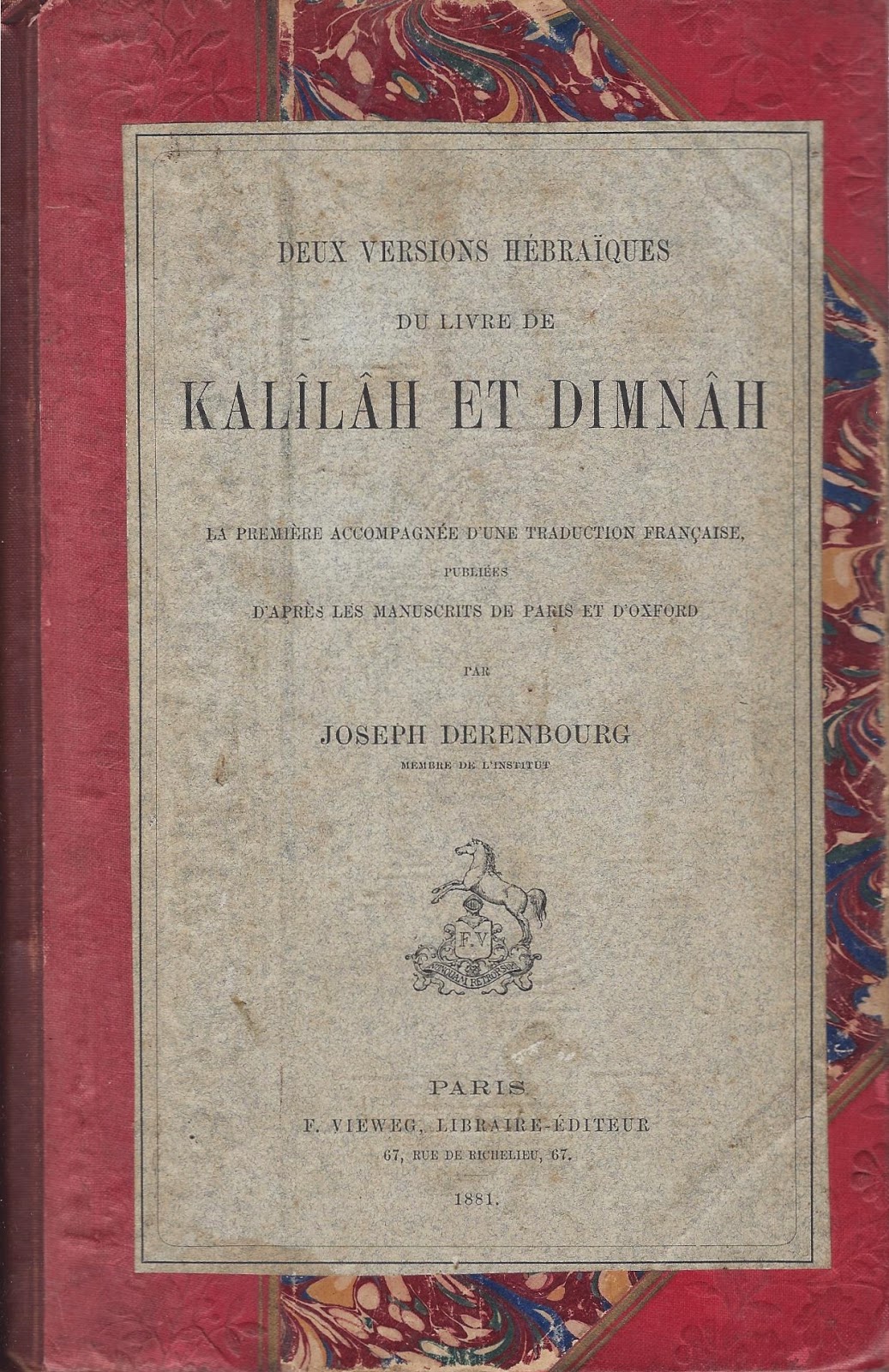 Derenbourg, Joseph, edited by. Deus Versions Hebraïques du livre de Kalilah et Dimnah: La Premiere Acompagnee D'Une Traducation Francaise, publees, D'Apres les Manuscrits de Paris et D'Oxford. Paris, F. Vieweg, Librarie-Editeur, 1881. Octavo, maroon cloth spine, red paper and marbled paper covered boards with a printed pastedown printed panel on the front board, x, 396 pp., notes. Hardbound. Very Good. Text is in Hebrew with French translations, notes and introduction. "Kalilah wa-Dimnah (The Fables of Bidpai)  is a translation and expansion of a popular Indian collection of stories called the Panchatantra. Translations of some of these stories into Hebrew started to appear in the medieval period via an earlier Persian translations from the original Sanskrit. This is the first printed edition of some of those manuscripts. There have been several more editions published since then, one additional academically oriented edition and others meant for the popular audience. (71903)      $125.00 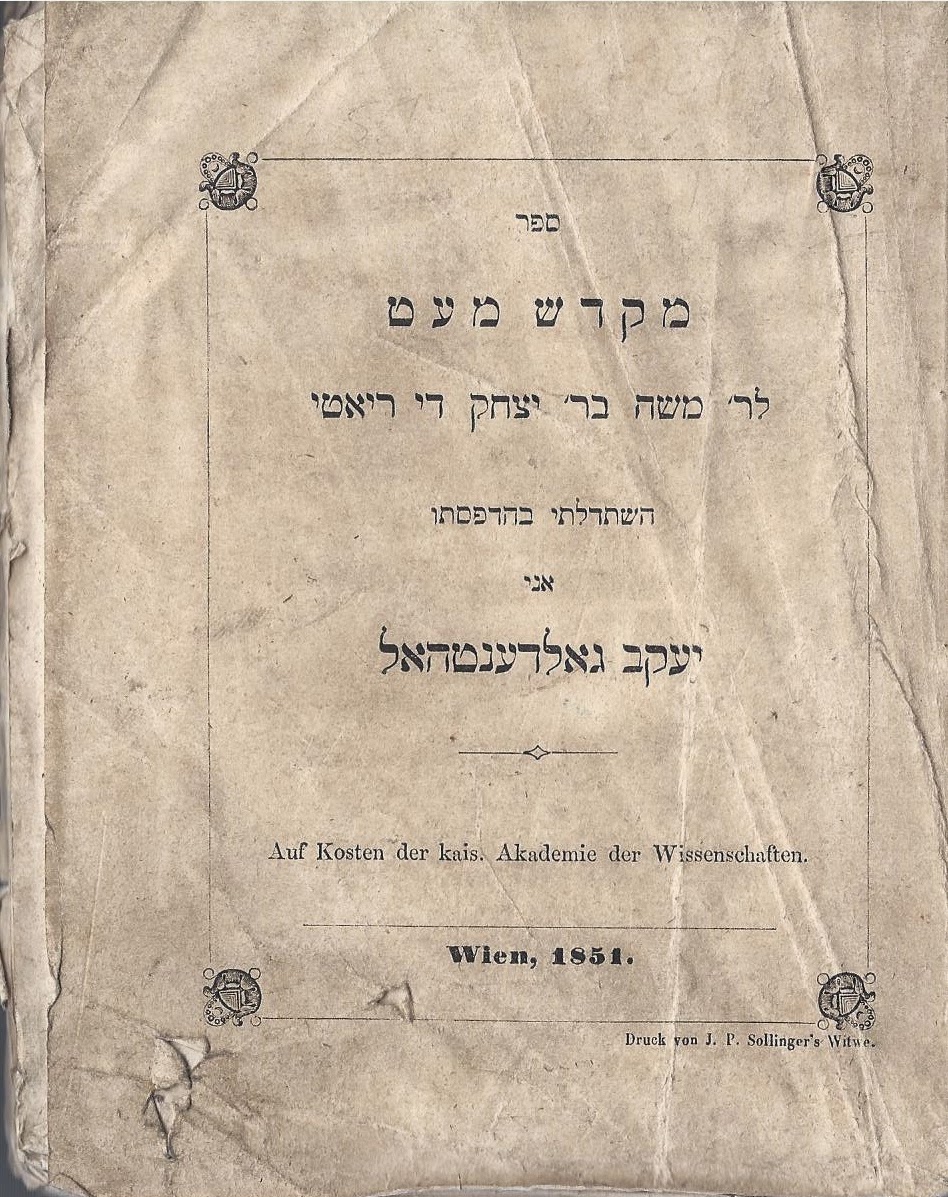 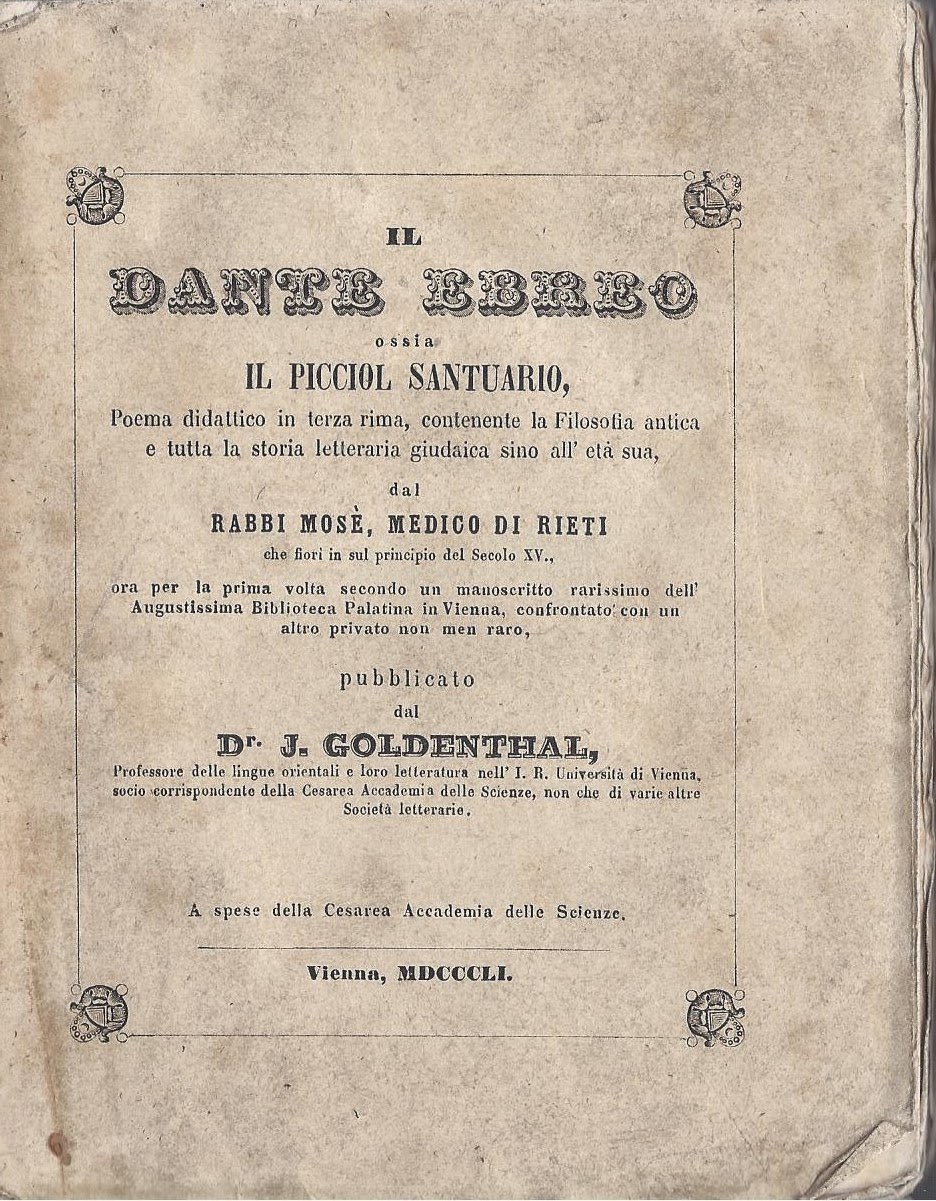