In the important reference book on the Jewish Landsmanshaften, Di Yidishe Landsmanshaften fun Nyu York, produced by the WPA in 1938 there is a chapter on the Constitutions of the Landsmanshaften by E. Fershleyser. These Constitutions were vital matters though their contents seemed dry.
Unlike the early Constitutions of American synagogues these institutions received from their members genuine institution loyalty. The demands made of members seemed reasonable and the benefits that they offered were irreplaceable and as a result valued highly. If you were the son [or daughter] of a small Polish town you couldn't just get irritable about any little thing and go and start another society for residents of that town. Aside from the simple social value of having a place to go outside of you own small apartment or room the members of the Landsmanshaften had a kind of club house to go to where you weren't a stranger. The big city of New York was that much less lonely. In addition to that basic benefit, the Landsmanshaften provided marriage benefits (and some supervision), sick benefits, assistance with Shiva, assistance in times of financial need, cemetery plots and burial benefits, as well as, in many cases, synagogues where their sons could be Bar Mitzvahed (sorry girls, nothing for you here). It is interesting to see in the different documents just how much paternal interest the societies intended to or actually claimed in the ways that the most significant events in their member's lives took place.
Hannah Kliger in her edited and abridged translation of Di Yidishe Landsmanshaften fun Nyu York, translated this essay ( in Jewish Hometown Associations and Family Circles in New York) and has an essay, "That Will Make You a Good Member: The Rewards of Reading the Constitutions of Jewish Immigrant Associations" in A Double bond: the constitutional documents of American Jewry,
edited by Daniel Judah Elazar; Jonathan D Sarna; Rela M Geffen.
We offer here a few Landsmanshaften Constitutions and a Gemilut Hesed document. These are available for sale at hollanderbooks.com. Subject to prior sale. 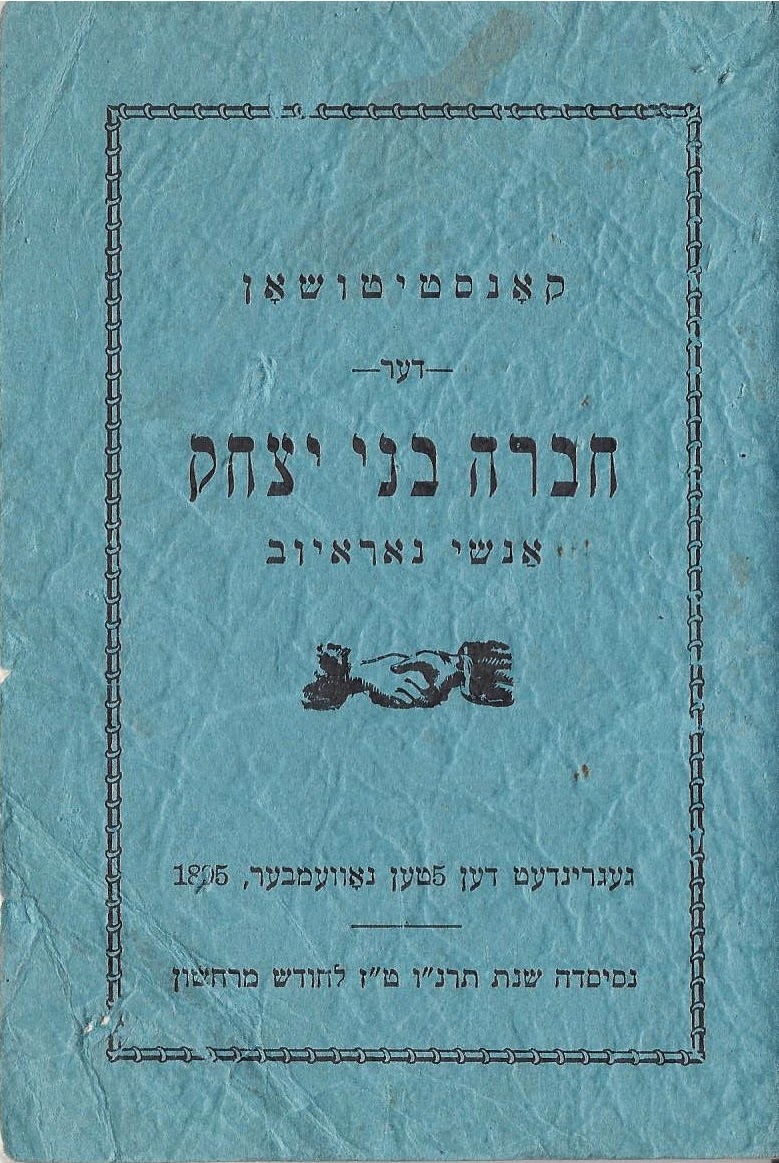 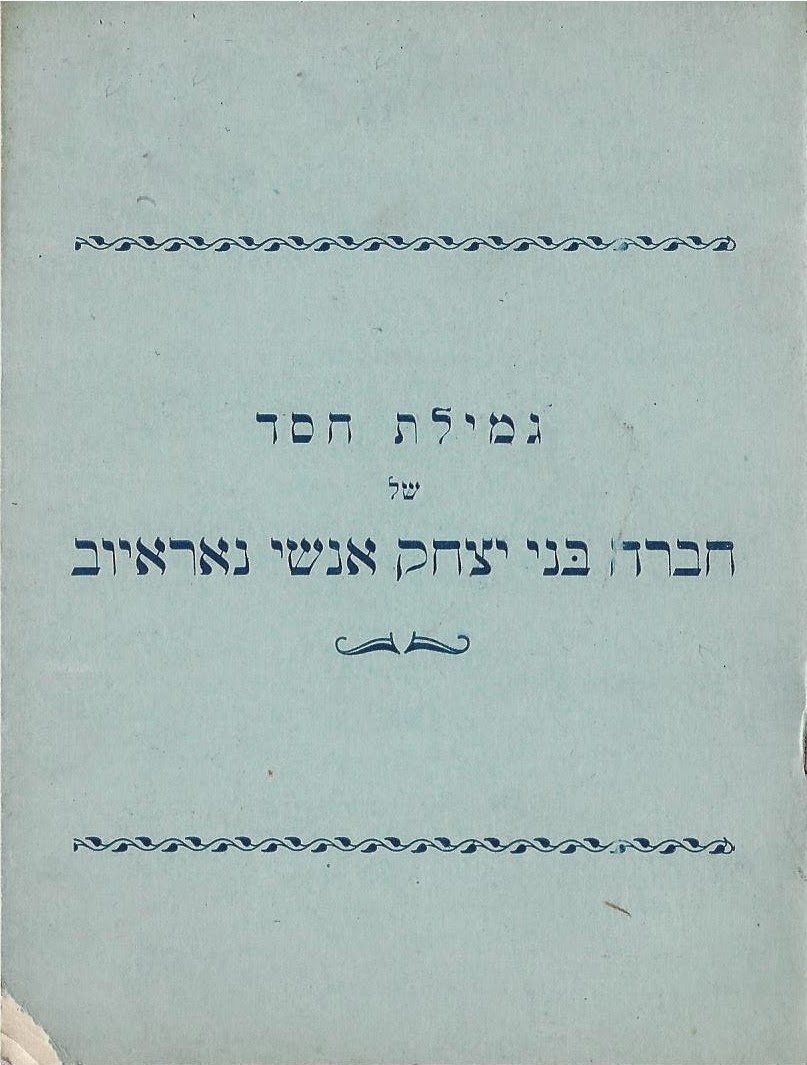 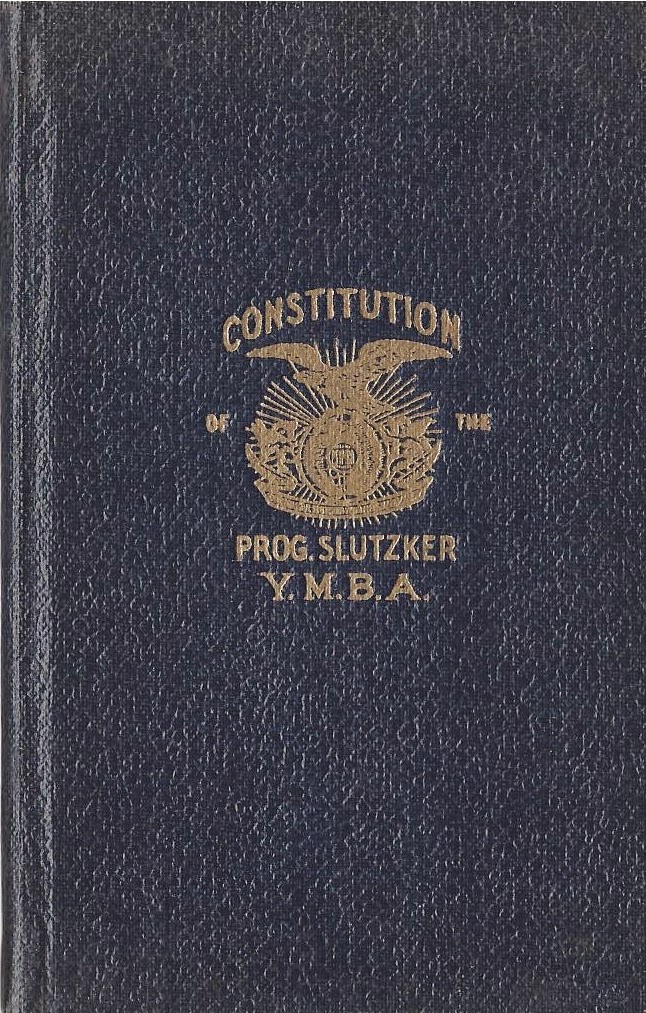 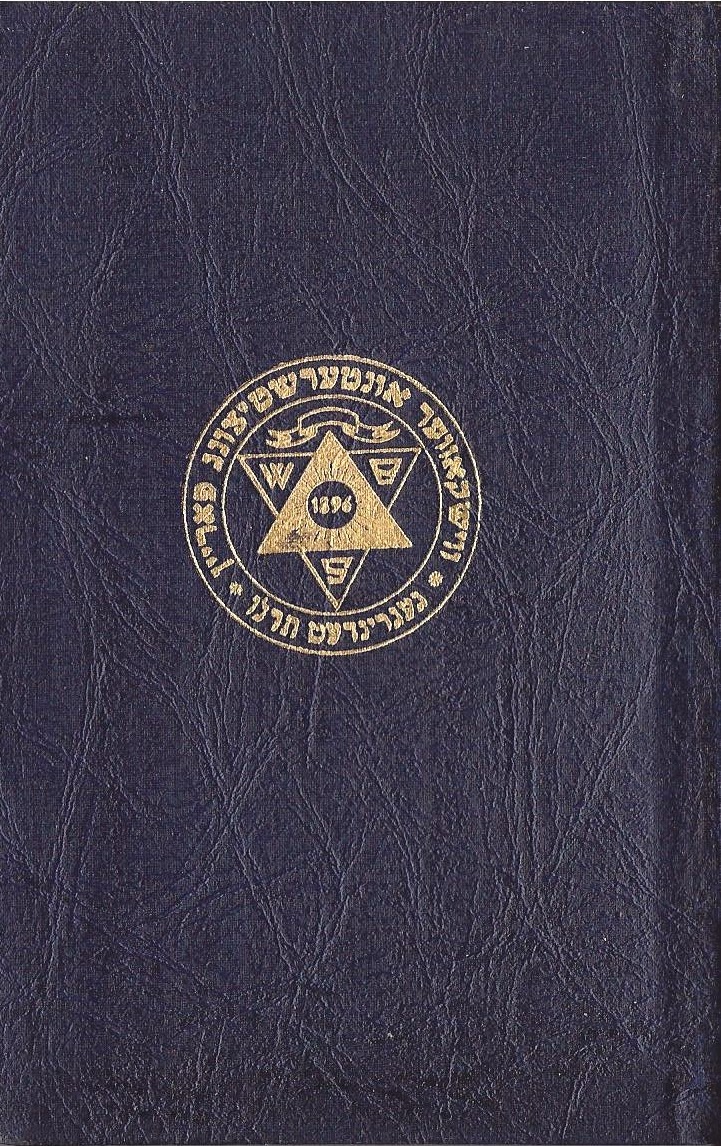