A selection of books discussing the many types of Jewish activism, ideology and interest in the first part of the last century. This selection leans towards the doctrinal rather than the purely social. (Subsequent posts will focus on some literature and social activities). 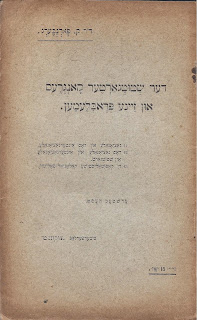 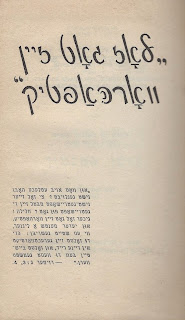 "Loz Got zayn vorhaftik". ["Let God Be True."]. Brooklyn, New York, Watchtower Bible and Tract Society, International Bible Students Association, 1949. First Yiddish language edition. Duodecimo, green paper covers with gold lettering, rubbing to the spine edges, 320 pp., indexes. Hardbound. Good. Translated into Yiddish from the First Edition in English, 1929.
This is one of several publications in Yiddish from the Millenarian cult/religion, the "Jehovah's Witnesses." The Jehovah's Witnesses view themselves as doctrinally close to the Christianity of the first century. The church coalesced around a group led by Charles Taze Russell in 1870. The first Millenarian prediction was set for 1914. The most recent date that came into prominence was 1975. There is a habit of trying to destroy Jehovah's Witness publication that are reminder of past failed prediction. The church became more cult-like under the leadership of Joseph Franklin Rutherford. It was in the period of his leadership that the outreach outside the US and to non-English speaking prospects began. As the church is based in Brooklyn, Yiddish must have seemed like a logical linguistic choice for the Church Elders and they were not without some success in the Jewish community. Since the disappointment of 1975 the church has become less internally authoritarian. Adherents now number over ten million internationally. Paradoxically, their defense of their beliefs in the American courts and the courts of Canada, Germany, India, Japan, the Philippines, Russia and most recently, the  European Court of Human Rights have done much to strengthen the religious and free speech rights of all members of the nations that they have succeeded in.
Church members are pacifistic, refuse blood transfusions and many other medical procedures and believe that the saluting of National flags is a form of idolatry. This has cause them to be persecuted at times. Under the Nazi regime over a thousand of the 10,000 Witnesses interned died. About 250 of those were executed. The camp identification of the Witnesses was a purple triangle flat at the top and with the point down. Witnesses have also experienced particularly harsh treatment in the Soviet Union, and Canada.
The Jehovah's Witness' seem like an unlikely group to focus on Yiddish speakers. It should be remembered that they have been had a large facility in Brooklyn visible from the Brooklyn Bridge. Their efforts did bear some fruit. In particular, one of the most well known of the scholar rabbis of the Jewish Theological Seminary abided with his wife, a convert to the Witness' faith. These Yiddish edition of Jehovah's Witness publication are often in the collections of Jewish libraries without any understanding of their actual nature where they are misfiled in with various other works of Biblical interpretation and commentary. They do belong in Jewish libraries, but in the correct locations. (66562)     $75.00 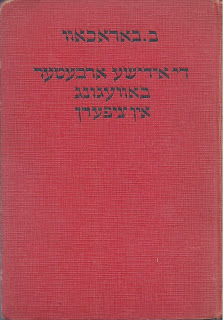 Borochov, Ber. Di Idishe arbeter bavegung in tsifern. Berlin, Aroysgegebn fun'm fareynigtn Borokhov-komitet: Farlag Ostertog, 1923. Small octavo, red cloth with black lettering, minor sunning to the spine and with mild wear at the spine ends, tables, errata sheet laid-in at the rear, yellowed paper. Hardbound. Very Good-. Text is in Yiddish. Yiddish language publishing flourished in Germany, primarily Berlin, in the period for the Nazi rise to power. While these Yiddish works published in Germany are not as uncommon as those published in this period in Argentina and the Netherlands, for instance, they are still not thoroughly explored.
Borochov requires less introduction. Borochov combined Socialism and Zionism and became an early proponent of Labor Zionism. He died in 1917. The period dealt with in this work is from 1900-1903/4. (66559)      $50.00 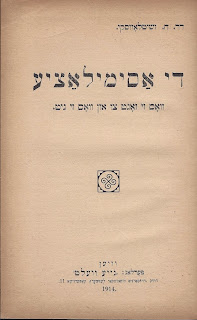 Zhitlowsky, Chaim. Di asimilatsye: vos zi zogt tsu un vos zi git. Vienna, Ferlag naye velt, 1914. Small octavo, dark green cloth with white spine lettering, 40 pp., yellowed paper. Hardbound. Very Good. Text is in Yiddish. Uncommon. Now an obscure figure Zhitlowsky was a towering figure in his own time. As a young man he was associated with the Zemlya i Volya movement. Presciently, he advocated for a Jewish section with the movement, hinting at the Labor Bund founded in 1897. He was a theorist of Yiddishkeit and Jewish secularism. Assimilation was a natural concern for him. (66602)      $60.00 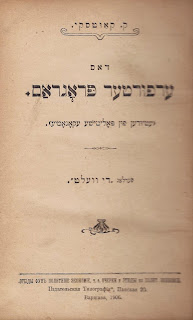 Kautsky, Karl. Dos Erfurter program: etyudn fun politishe ekonomye. Warsaw, Faralg "Di Velt", 1906. Small octavo, half black cloth with mildly worn marbled paper covered boards, 280, ix pp., yellowed paper. Appears to have originally been published in parts. Hardbound. Very Good-. Text is in Yiddish. OCLC Number: 15715278. Kautsky was, along with Eduard Bernstein and August Bebel, the author of the Social Democratic Party of Germany platform in 1891. The focus of this platform was the work, through legal means, of improving the lives of the working class. Because they were convinced that Capitalism would collapse under its own weight they placed less emphasis on pushing towards revolution.They considered that to be an inevitability. This more pragmatic communism was more popular at the time than the more ideological communism of the Russian variety. For Jews of the time, largely a working class population, this sort of communism would have served well. (66599)      $75.00 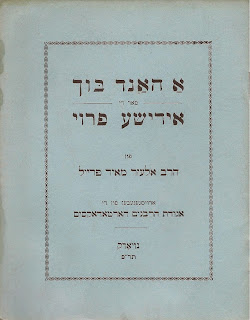 Preil, Eleazar Meir. A hand bukh far di Idishe froy. New York, Union of Orthodox Jewish Congregations of America, 1920. Duodecimo, stapled paper covers with some soiling, 32 pp., a few illustrated head and tail pieces. Softbound. Good. Text is in Yiddish. A modern Orthodox version of what a Jewish woman needs to know. Written at a time when the American Orthodox community was coming to grips with strength of the secular impulse. (66571)      $30.00 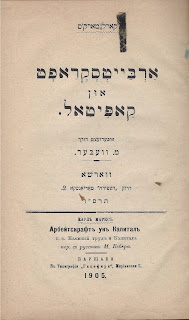 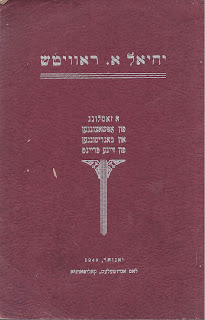 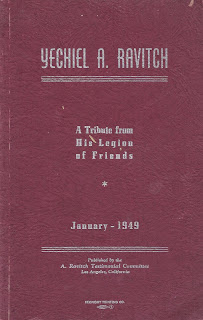 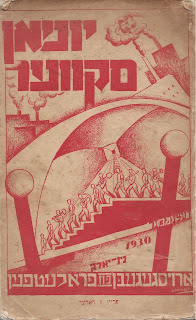 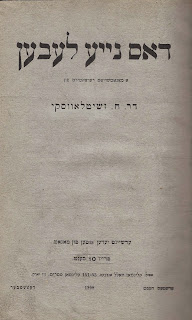